The project area is situated in the valley of the Grote Nete, over an area of 152.000 hectares along a 50 km stretch of the river which contains over 400 ponds. On top of this there are several isolated populations in the municipalities of Kasterlee, Arendonk, Hoogstraten and Huldenberg.

The map shown below illustrates the currently known populations (bron: Gbif.org, 2015- present day). Current populations are restricted to the provinces of Antwerp and Flemish Brabant. Sightings of American Bullfrogs have been reported in some of the other Flemish provinces, but for now these have remained unconfirmed. 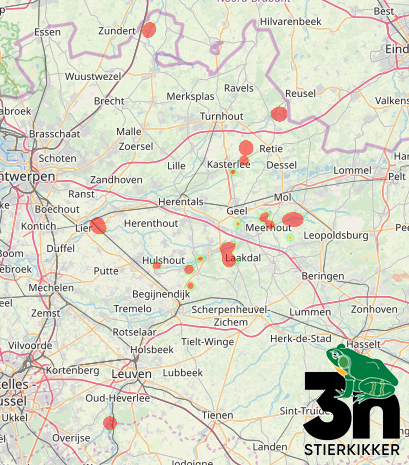